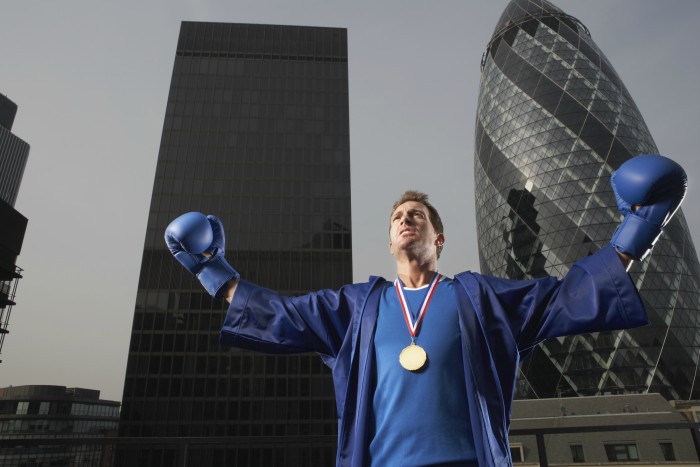 How can you meet your fitness goals like an Olympic athlete? The Winter Olympics ended over a year ago. It seems like it was just on television several months ago. I had the television set up on one of the Olympic channels so that I could watch bits and pieces of it while getting other stuff done around the house. I also need some white noise on in the background when I am at the house alone. I’m used to the kids being home and when they are at home, it’s not always super quiet.

Even if you don’t want to be an Olympic athlete, I decided to come up with 11 lessons from Olympic athletes that you can use to obtain your own fitness goals. I suggest starting off your journey with a few simple goals and working your way toward meeting your long-term goals. Even if you do reach your long-term goal, don’t give up, celebrate and keep going to maintain your fitness level.

Athletes are Passionate About Continuous Training

Training for an Olympic sport takes a special person who is very passionate about their sport. If you have ever listened to the interviews with the athletes, you will notice that most of them began training when they were younger. Parents often helped their children achieve their dreams and wanted to support their child’s decisions. Parents often sacrificed their time and money to help them get to their dream of becoming Olympians.

An Olympic athlete doesn’t make it to the Olympics unless they are willing to fully commit themselves to one sport. Training for the Olympics takes hard work and dedication. In order to make it to this level of competition, they had to devote their time to developing the skills necessary to compete against other passionate athletes.

Athletes training for the Olympics typically spends an average of 25 to 32 hours a week training to become one of the nation’s top performers and compete at the national level. They have to be prepared to achieve endurance, and stamina, overcome mental hurdles and spend even more hours at the gym too. Training physically is only part of the equation. Just like the average person, professional athletes must take rest days, eat healthy to get the nutrition needed to fuel up, and get enough sleep in order for their body to recover from a training session.

Even if you don’t care to be an Olympic athlete, it isn’t too late to develop your own passion for meeting your fitness goals.

Professional athletes boast self-confidence and they are proud of their bodies. As you know some of the sports such as ice skating, speed skating, bobsled, luge, and skeleton are just a few of the winter sports that require athletes to wear tight, form-fitting clothing.

Not to mention, they are often in the spotlight on national television. Even though they are still human, athletes still must be confident in their own skin and aren’t afraid of the potential body shaming. Body shaming is real even in professional sports.

It Takes Hard Work and Dedication to be an Olympian

From a very young age, these athletes already knew that it would take hard work and dedication to be able to compete on a professional level. Many had to train even if they were tired, worn out, don’t feel like it, got bored with the same move or routine practice, and even got injured in the process.

Athletes are willing to give up everything in order to dedicate the time and work that it takes to compete at the professional level. Even young athletes are willing to give up their childhood and traditional education so that they can attempt to overcome what it takes to be a professional. According to Dave Ramsey, many of these Olympic athletes have to spend over 10,000 hours training and often times they go into major debt while trying to be the best of the best.

Injuries Are Only Obstacles

Olympic athletes aren’t immune to injuries or illnesses while they are competing. There were a number of athletes in the 2018 Olympic Games that were still in the line up to compete despite an injury, even a major injury, recent surgery, in sheer pain, or even suffer from a long-term illness such as rheumatoid arthritis. They still wanted to compete no matter what the consequences were later for a chance to win a medal.

They Have Bad Days Too

While it is easy for us to place an Olympian on a pedestal, it is important to remember that even professional athletes are still human. They make mistakes or have a bad day just like we do occasionally. Just because they are having an off day, doesn’t mean that they aren’t disappointed with their performance when doesn’t live up to their expectations. They chalk it up to experience and put it past them.

A bad day for an athlete differs a bit from a bad day at the office. They might have had a bad day training, can’t master or learn a new trick they want to do, fell down one too many times during their practice runs, not performing well in a competition, and the list could go on and on. Remember they often spend countless hours training and they too want to do their absolute best.

Even if they are disappointed with their daily performance, their coach is there to help them focus on the bigger picture and remember that their bad days don’t define who they are as an athlete. This is true even if they don’t receive a medal during the Olympics either. Just being a competitor at the Olympic level is a huge deal in itself.

Have you ever been nervous at a job interview, walking into the gym for the first time, or scared to take a test? Athletes get anxious and have their own fears to overcome while competing. They know that they have spent hours training not to go into each competition to do their best on a daily basis.

They are known to use the following techniques to overcome mental hurdles that ultimately could interfere with their overall performance:

Learn How to Be Resilient

How many times have you wanted to give up when things didn’t go your way? Olympic athletes are the most resilient people that I know. They don’t give up when training doesn’t go the way they wanted it to or when they injure themselves.

Instead, they use it as motivation to keep going. You won’t see an athlete give up if it means a chance to compete at the biggest competition in the world, The Olympic Games, every 4 years.

They Aren’t Afraid to Cry Tears of Joy

Have you ever cried tears of joy? Just imagine the overwhelming joy that overcomes an Olympic athlete after they find out that they medaled in their favorite sport. They aren’t afraid to share that sheer joy on National television.

Those tears of joy are a representation of their gratitude to their parents, family or coach, and all the hours of hard work that it took to prepare for this moment. Each winning athlete is happy to be a representative of their country and hometown.

Keep Trying to Do Better

Professional athletes are willing to do what it takes to try to improve their skills. Let’s take a look at Shaun White,  a prior gold medalist, headed to PyeongChang Olympics to set out to take the gold medal for the 3rd time in the halfpipe. He says, “I set my goals to be here and work on my runs and push through that fear. I’m really excited to say that I have not put down my best run yet.” Shaun wants to set a new standard in his sport and improve upon his best run to date.

All the Olympic athletes want to achieve the same things that Shaun White did in the 2018 games. They all want to be better than they were during their last competition. So you will see each athlete come out willing to give it their all, in order to push their limits to the next level.

Olympic athletes take their nutrition and health seriously. They know that what they put into their body makes a difference in their overall performance. Eating healthy is important as your body needs the right nourishment in order to compete professionally.

Depending on the sport, some athletes like Sophie Caldwell and Micheal Phelps have to eat a ton of calories in order to maintain their demanding workouts and training. If they don’t enough, they don’t have the fuel stored up to be able to perform optimally. But they also know that putting crap into your body, isn’t healthy and can make your body drag.

Sleep is a Requirement

Athletes who spend hours training and working out not only need more fuel but they also need more shut-eye at night too. Physical activity increases the demand on your muscles, joints, and tissue. In order for your body to repair itself from the day’s demands, your body needs to ample amounts of sleep in order to function properly the next day.

Getting plenty of sleep at night can help you become faster, improve intensity, helps keep your mental game in tip-top shape, and boosts coordination. So depending on your daily training schedule, athletes need more sleep in addition to the recommended 8 hours of sleep a night.

Even though the 2018 Winter Olympics are long over, there are still professional athletes are already training and focusing their efforts on the next games. How can you use the same mentality that OlympiansVut why use to meet your own fitness goals? When starting your journey, it is best to start with a small goal and work your way towards meeting a larger goal. But even when you meet your long-term fitness goals, you can keep going and push yourself to the next level.

Have you ever wondered what it would take to be an Olympian? How can you meet your fitness goals like an Olympic athlete?

We Do Partner with Amazon Services LLC Associates Program

The owner of this website is a participant in the Amazon Services LLC Associates Program, an affiliate advertising program designed to provide a means for sites to earn advertising fees by advertising and linking to Amazon properties including, but not limited to, amazon.com, endless.com, myhabit.com, smallparts.com, or amazonwireless.com.